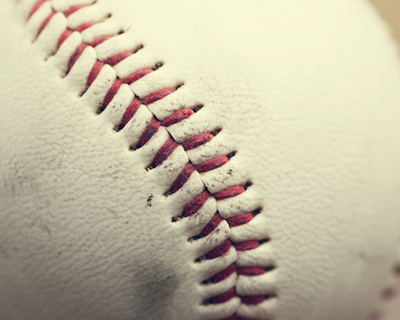 Last year’s World Series was a classic not likely to be topped for some time, with the long-suffering Chicago Cubs coming back from a 1-3 deficit to win the World Series for the first time since they beat the Ancient Druids in 1908.

I could hear the happy hubbub from my Chicago home after the victory. I’m not the biggest baseball fan myself, but this long-awaited celebration was impossible to pooh-pooh.

As this year’s World Series gets underway, it’s a fine time to take a deeper dive into the words of baseball and the baseball championship. There are enough baseball words here and below to get you through the long cold winter.

rotation
Rotation refers to the process of turning: if a wheel is going around, it’s rotating. A flat tire slows the rotation of a wheel. Metaphorically, we use the concept of rotation for situations where people take turns, and that’s important for baseball. The pitchers need time to rest their arms, so they have a rotation: an order they pitch in. When it’s your turn in the rotation, you pitch. When it’s not, you should probably avoid arm-wrestling contests, because that precious arm is your livelihood, buster.

classic
The World Series is called the Fall Classic. Classic has two main senses: it means something great, and it’s usually something old. Hit songs from the fifties, sixties, and seventies are called classics, including the bombastic genre of classic rock, which will probably keep Pink Floyd and Led Zeppelin in play until the sun blows up. Classics tend to be old, but not always. Last year’s World Series was so close and dramatic that there’s no question it was a classic. Sports fans sometimes call such obviously great games instant classics.

steal
Stealing is, of course, taking something that doesn’t belong to you, which makes you a thief, a robber, and a scofflaw. But in baseball, stealing is encouraged, at least if you’re a fan of the team batting: base runners can steal bases. The idea is that a super-quick runner can make it to the next base before the pitcher realizes and tries to get him out. This is a risky move even if you’re Olympic-level fast, because no one is faster than a baseball, and pitchers are wise to these shenanigans. But of all the robbers in the world, none is more respected than an accomplished base thief.

strike
To strike something is to hit it. When you’re mad, you might strike the wall, though I wouldn’t recommend it, since that’s bad for hands and walls (and neighbors). In baseball, a strike is kind of the opposite: when the pitcher fires the ball past the batter, who swings and misses, it’s a strike. Three strikes equals a strikeout, which means you’re out: or, as an announcer or fan is more likely to say, “Outta there!” From baseball, this has become a more general term for failure. If you blow an opportunity, whether on a school test or job interview, you could say you stuck out. Also, people use the concept of three strikes in many contexts, including the criminal-justice system. In baseball or life, one strike isn’t the end of the world, two strikes is pushing it, and three strikes means you’re headed to the bench (or possibly prison).

designate
To designate is to give something or someone a specific name or status. In baseball, the designated hitter (DH) is someone whose job is only to hit: not to play on defense. Usually, the DH is a strong hitter who isn’t that great at playing a position such as shortstop or center fielder. In Major League Baseball, the American League has a DH, but the National League does not. This is why pitchers, even though they’re usually not very good hitters, have to take their turn at bat in the National League. If I ran baseball, I’d also make every player pitch once a game, but this is one reason I’m not running baseball.

base
Base has several meanings, but in life and baseball, they often involve origins or home. A base can be the foundation of something, like a soup base that kickstarts the recipe. A military base is where soldiers or sailors are stationed. In baseball, the game is named for the four bases that create a diamond shape: first base, second base, third base, and home base, which would be a redundant term if not for the other bases. When a runner is on any base, they’re safe. Base is related to basics.

signal
A signal is used to communicate: a white flag signals surrender, while a thumbs-up means everything is cool. In baseball, the manager uses signals — also called signs, like in sign language — to tell pitchers which type of pitch to throw, to let base runners know if they should steal or not, and maybe to inform the right fielder that the announcers noticed he was picking his nose. In comedy classic The Naked Gun, which has a lot of baseball humor, there’s a classic bit showing a manager making a ridiculous assortment of signals. Recently, the Boston Red Sox got in some trouble for stealing signals (cracking the code) against the New York Yankees.

cheat
Such sign-stealing is a type of cheating: breaking the rules to get an advantage, like a spouse cheating on their partner or a CEO dodging tax laws. Baseball has a long, long history of cheating. Back when baseball players started breaking home run records at a freaky rate, it wasn’t that surprising that steroids and other performance-enhancing drugs (PEDs) were the culprit, tarnishing the record books and the careers of Mark McGuire, Sammy Sosa, and Barry Bonds. Pitchers are known for doing all sorts of chicanery—including applying Vaseline to the ball and scuffing it with sandpaper—to make the darned thing even harder for batters to hit.

2020欧洲杯时间But even if you’d rather scuff your eyeballs with sandpaper than watch baseball, don’t dismiss baseball lingo. From home runs to balking to striking out, the national pastime’s language extends far beyond the bleachers.